Do you want advice about what hardware to buy for use with MythTV? Ask here.

My family is preparing to get rid of cable television and get some form of OTA; however, I'm not sure what specs are needed for a system to handle something like mythTV. Does anyone have any recommendations for systems?
Top

That depends on what you want. Do you just want one system in front of your TV? Do you want systems connected to multiple TVs? How much storage (in hours) are you looking for? How many simultaneous recordings and Live TV instances are you looking for? Are you planning on transcoding content for mobile devices?
Top

All of my systems are AMD with Nvidia GF8200 on board graphics. My backend server has an old Phenom II 805 in it with 4Gb ram, a 400Gb system drive and 2 750Gb drives in a raid0 config for a total of 1.7TB of storage. I rarely use more than 10% of it. I've got 3 pcie dual tuner cards in it for 6 tuners total. Yes, there have been times when I was recording 6 shows at the same time, but it's rare. Last time I scnned I think there was ~85 channels I picked up, but most of my recordings are on 12 of them. I don't know what my backend system would cost today, but probably not more than $700 new. You can get by with a $200 or less frontend only system. Unless you plan on doing a lot of flagging or transcoding, it doesn't take much power. My first front end system ran an old overclocked Duron 1600 with 512M of ram and an Nvidia GF5200 card with very little ram on it. That was in 2005.
BE/FE-Asrock AB350 Pro AMD Ryzen 3 2200G, 6 atsc tuners. Frontends-GF8200's,,AMD Athlon II's. Mythtv user since 2005.
Top

Most people would not want to do this, but if you want to save money, you can build an HTPC with a used TiVo case and hard drive with a new motherboard. Due to TiVo's service oriented business model, TiVo hardware can frequently be found at a very low price on Craigslist and other places. Last year I spent $203 including tax and shipping for a combined frontend and backend system using the hardware listed below. The $203 does not include the tuner (I have a CableCard tuner that is not relevant to this thread). HD OTA tuners can be found at a low price. Also, the $203 does not include the time I spent on the project. 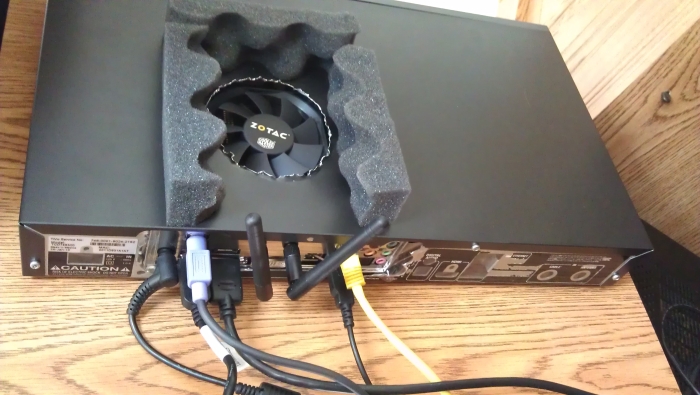 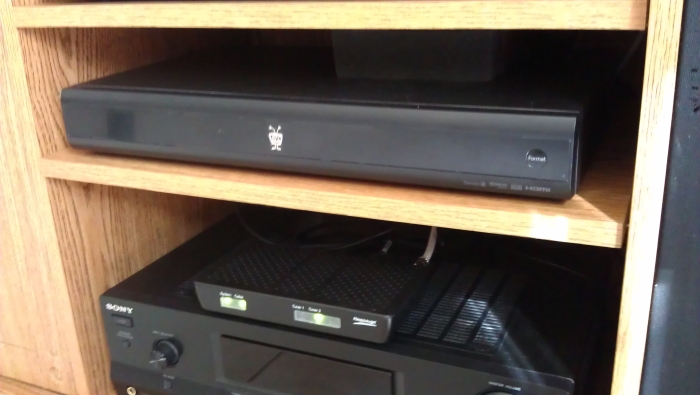 It's advisable to not run a low-end system like an Atom as your primary backend.
Top

I agree. Although, with no other frontends, it runs fairly quick:

Frontends or not, I'm more concerned with the scheduler and guide data processing, especially with as many channels you have on a digital cable system.
Top
Post Reply
7 posts • Page 1 of 1